Barrels of laughter at the Colombo Comedy Show

The Colombo Comedy Show held at the Hilton Colombo certainly left the audience in fits of laughter on the 6th of September! Organised in aid of the Kids of Street Charity Project Colombo, Taprobane Round Table 3 brought together some of the best stand up comedians in Asia onto one platform. The purpose of the fundraiser is to set up a Cerebral Palsy centre in Kurunegala. 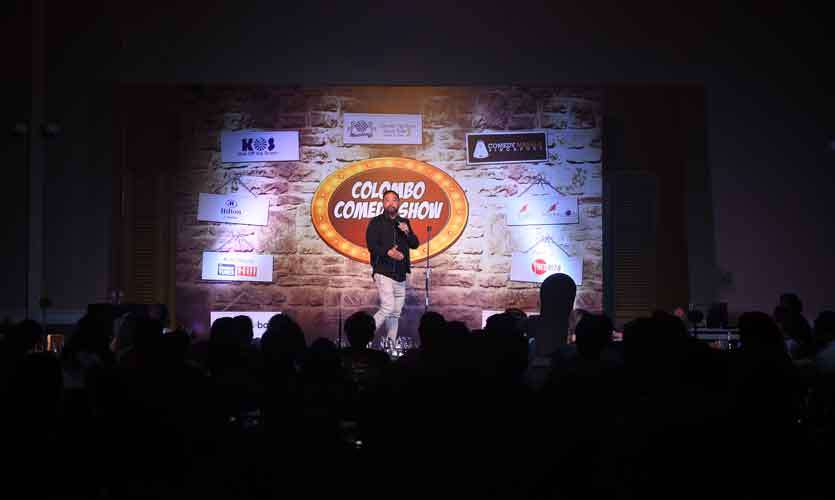 The host for the evening, acclaimed Pakistani Comedian Umar Rana who is also the founder of Comedy Masala Singapore, certainly set the bar high and was the perfect pick to be the host. Derived by his spontaneous observations of the audience, Umar had them in stitches in no time. Witty, energetic and extremely hilarious, he connected with the audience members immediately and went on to lay the foundation for the rib tickling show which followed!

Comedians Azeem Banatwalla, Adrian Saw, Ron Josol and Deepak Chandran who performed in that particular order undoubtedly surpassed all expectations! There wasn’t a single straight face in the audience for the entire two and a half hours of the show with the mood varying from high pitched laughter to caught off guard choked giggles. What fascinated me most was that, aside from the jokes which were already planned the comedians cracked many jokes spontaneously based on the reactions and the mood of the audience. They were able to relate to the crowd and their jokes were relevant, timely and extremely funny!

At no point did the show get dull as each of the comedians had their own unique variation which kept the audience at the edge of their seat the whole time. Azeem, who is one of the most renowned comedians in India, based many of his jokes on everyday life occurrences. Half baked premises like how “crows are really evil” and more realistic topics like Sri Lankan cricket and life in India were the subject of his humour.

A crowd favourite and even my personal preference for the night was the Australian comedy-magician Adrian Saw who successfully performed a blend of hilarious jokes and downright impossible illusions to leave the audience in both awe and laughter at the same time. He interacted well with the audience and even had volunteers to help him out with a few of his tricks. It was fun to watch him perform actual illusions while at the same time, hyping us up for something we would feel is going to be an awesome trick and then at the last moment transitioned  the whole process into a joke. 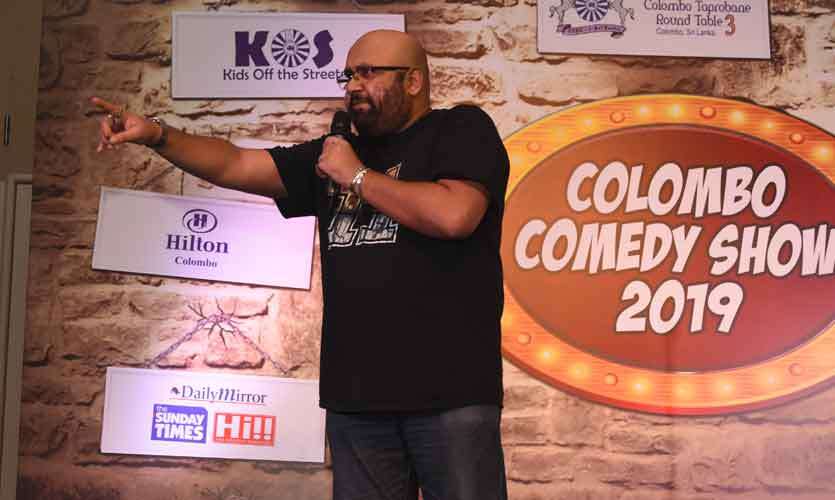 A crowd favourite and even my personal preference for the night was the Australian comedy-magician Adrian Saw who successfully performed a blend of hilarious jokes and downright impossible illusions to leave the audience in both awe and laughter at the same time. He interacted well with the audience and even had volunteers to help him out with a few of his tricks. It was fun to watch him perform actual illusions while at the same time, hyping us up for something we would feel is going to be an awesome trick and then at the last moment transitioned  the whole process into a joke. 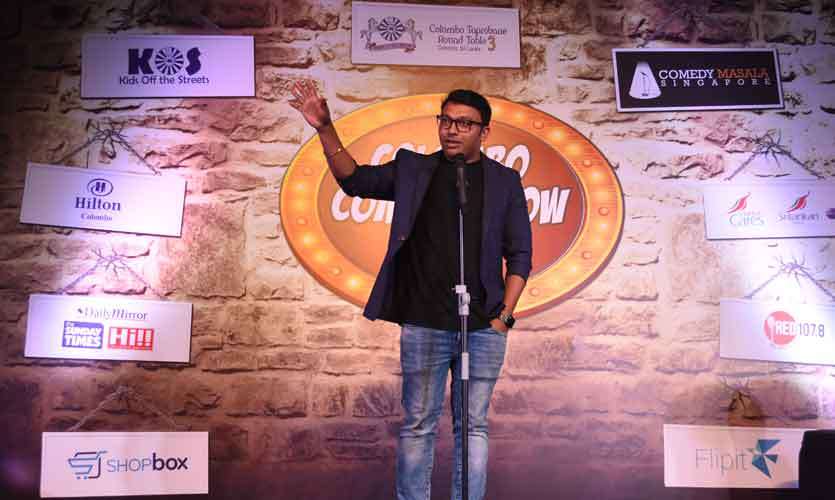 Ron Josol who is also a much sought after comedian certainly had us entertained with his unique storytelling style, presenting hilarious scenarios and comments on inherent contradiction of the global society. While pulling out jokes about his life describing in the most humorous way possible how difficult it was growing up in Canada, he also quipped about how he comically tried to embezzle money from fellow comedian Russel Peters. His jokes and his way of presentation had the audience falling off their seats with shrieks of laughter!

Deepak Chandran who performed after the break had the audience doubling up with laughter for a good 40 minutes with his exaggerated Indian accent and endearing stories of his life in India and how he prefers to live in Singapore. His offhand comments coupled up with his stories about his life as an Indian programmer was truly sensational!

Overall it was an amazing show and although it went on a bit later than planned, it was worth every minute! The audience certainly had a great time and it was undoubtedly a great way to spend a Friday night and head into the weekend.
Jokes which were too funny for words and side splitting laughter were the sounds which filled the entire night confirming the fact that the 6th edition of the Colombo Comedy Show was a great success!
The show was brought to a close amidst the thunderous applause from the audience when Umar Rana ended with a powerful message, saying that although unfortunate incidents like the April bombings may occur, they will not stop coming back to our beautiful nation to show their support!

It was a great show! My sides are still hurting from all that laughing. 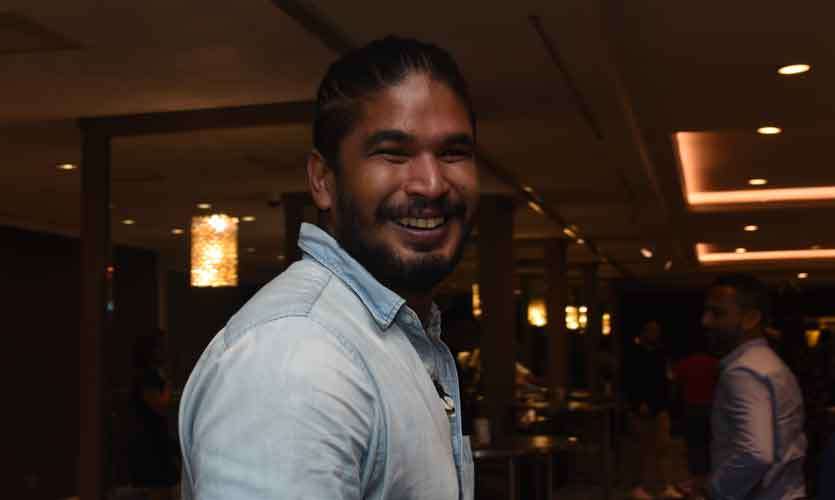 It was really good and I particularly liked Deepak and thought he was hilarious! 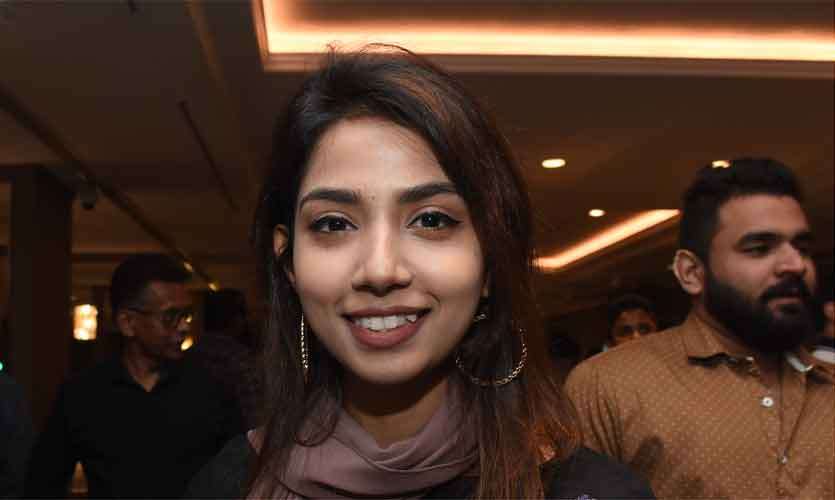 It was certainly a priceless performance by all the comedians! I loved Ron Josol, he was really good! 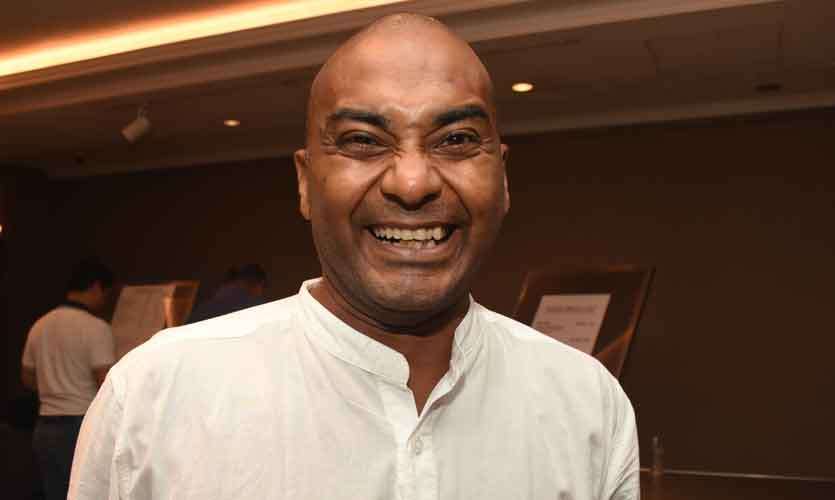 Oh was it was really hilarious! I enjoyed every minute of it! 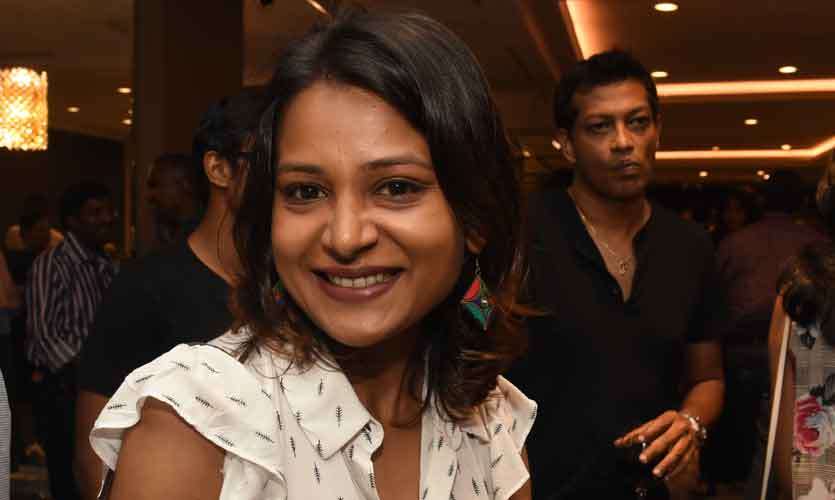 I was laughing the whole time! A wonderful performance by all the comedians! 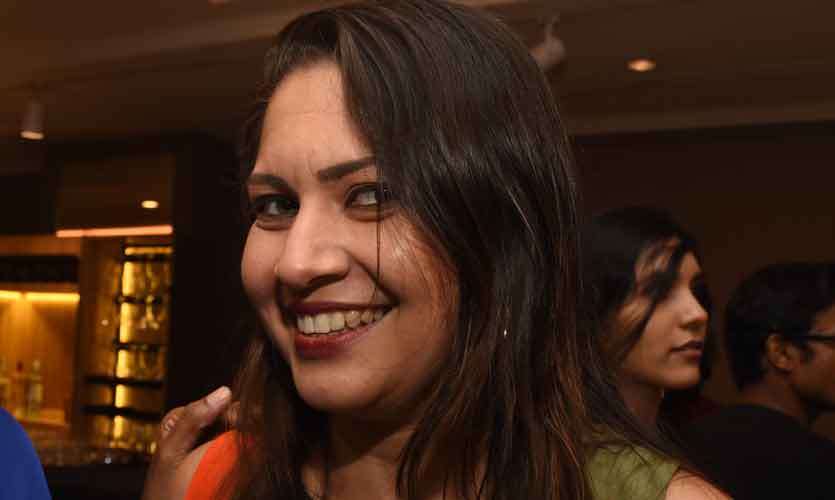 Can’t think of a better way to have spent my friday night! It was that good.

It was a very entertaining show! The intelligent jokes and wordplay done by Azeem was brilliant! 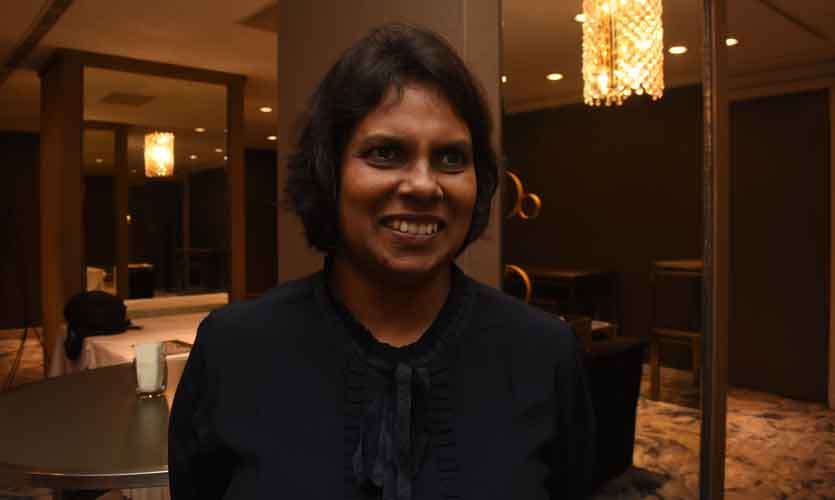 Fantastic performance! Adrian was the best out of them all and I loved the element of magic that he brought in. 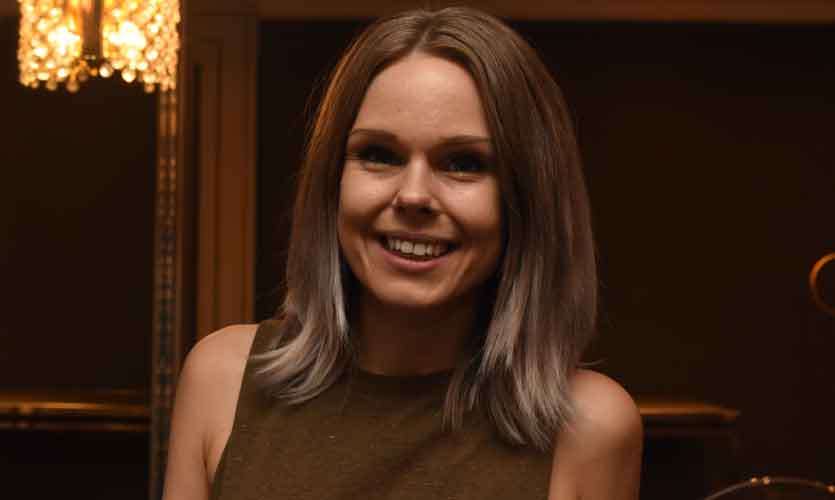 I thought Adrian Saw was really good! Overall it was an entertaining performance. 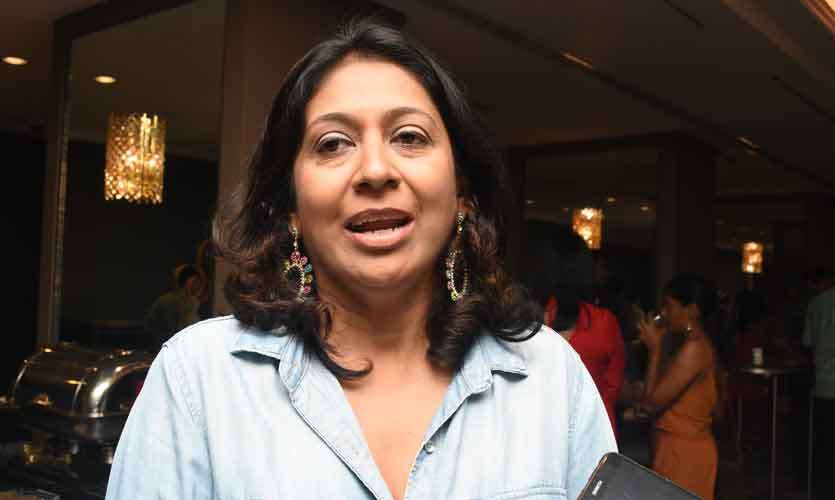 As part of the organising committee, I think it was a wonderful experience for us as well as for the people who came to watch it. It was a good evening of entertainment and it was done for a good cause. So we hope to continue doing this every year! 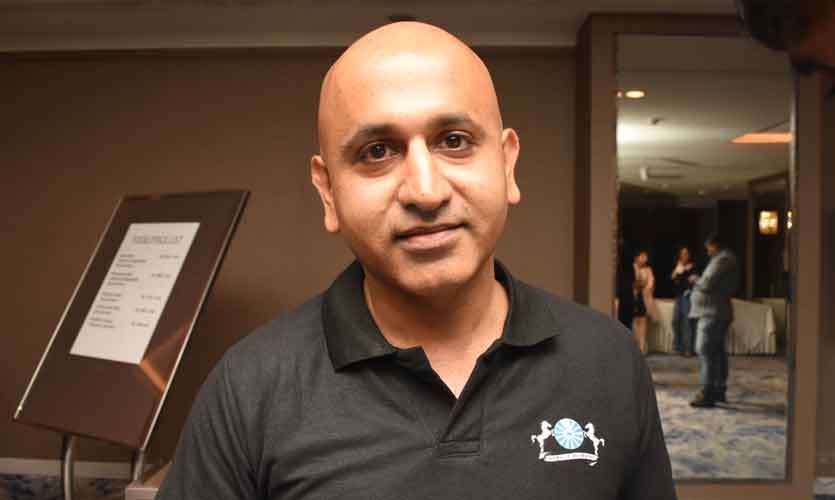