I cannot believe that I have not attempted this yet! I took to Reddit to discuss the types of Girl/Boyfriends and had a brilliant suggestion that leads to this post. As a female, I feel that sometimes I am more biased towards my own kind – today, I am going to side with guys as I take on the Types of Sri Lankan Exes.

For those who are familiar with the concept of ‘ghosting’ or its latest rendition ‘caspering’, this is the localised version of this fearful spectre. If you think it’s only guys who leave behind a trail of broken hearts, you haven’t encountered a Mohini yet. However, unlike our male counterparts, she doesn't leave you for perkier derriere or she's ‘just not feeling it'. It's mainly to do with disappointment that is too great to be reconciled.  Like the harmless white lie of a degree that doesn’t exist proving that you’re far beneath canine pedigree.

Now, these gems are a rare kind of Ex altogether. She is genuinely nice, like the ‘I will share my cake and give you more’ kind of nice. So much so that you question your decision to part ways ravages your thoughts and later, your sanity. She doesn’t lash out, gouge your eyes, threaten to burn your house, or PlayStation. She accepts that it’s her fault, will even offer an apology, and wish you well. Fun Fact: If you break up and don’t have the drama it won’t feel like a break up at all quite like having a lamprais without its signature banana leaf wrap – completely misses the mark of perfection.

As I a write this point, I wonder if I should reconsider this title, but I’ve decided that I will bite the grenade and call these false-propaganda-spreading-terrorists what they are. I have a theory that suggests that if you love someone, no matter how great the misdemeanour is, you will not lash out at the said person in public with a vengeance making a tsunami look like a feather duster.

However, the BBS is the types of Exes who will screenshot and snapshot, documenting every gory detail to shame the party in concern publicly on social media. The rest of us, the audience, enjoy every moment of the drama blow by blow, snacking on manioc chips while we are at it. It’s only natural that threats of white vans, acid, and local profanity ensue now.

Once you end it with them they coil away and remain that way until you’re completely out of sight. They want nothing to do with you and have you blocked on every social media platform and will spend the first 20 minutes after the breakup untagging herself from every picture before the showers of manic crying begin. Surprisingly, you will never see them in public for the rest of your life.

Or the silent creepers as I call it. They will stalk you and even employ her friends to keep tabs on your movements, analyse body language with someone you’re sitting next to, and check your ‘last seen’ on WhatsApp. The purpose of all this is to confirm her foreknowledge of ‘something is going on’ while you were working late on Thursday, 29 November 2016.

I have come to believe that most people offer friendship as a token because they cannot think of a closing line. Think about it – you start by reasoning why it isn't working out, apologise, and then when there's no way out, will offer friendship as a futile means of parting because of #awkwardsilence. If she accepts to be friends you spend the remainder of your days forwarding memes and inspirational quotes to one another.

This is possibly me. Even though I may have been the (sole) reason for the relationship failing, I will practice every judicial jargon to make them feel every bit the victim. She will produce witnesses in a courtroom if she has to. Expect long e-mails that span over three A4 sheets even when printed on double sides and don't be surprised if it's titled ‘The Best Thing You Ever Had'. 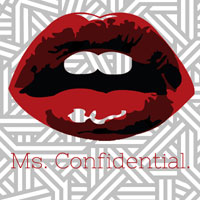 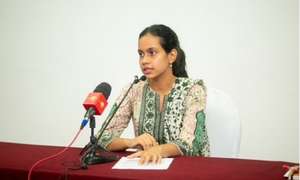