Ragging, a topic that continues to experience the high and lows of a roller coaster in general discourse and our collectively short-lived memories. The topic garners fervent support in the aftermath of a significant or attention-grabbing ragging case, only for attention to gradually wane. That is, until the next case incites mass uproar. According to the Prohibition of Ragging and Other Forms of Violence in Educational Institutions Act No. 20 of 1998, ragging is a distinct and punishable offense by law. If the ragging leads to sexual harassment or grievous hurt, it is a non-bailable offense and the punishment is increased to ten years' imprisonment. Nevertheless, perpetrators often get away with a slap on the wrist or less.

In a bid to keep the conversation around the topic alive, "ස්toப் Ragging" is an initiative organized by the Rotaract Clubs of Centennial United, CFPS Law School, ICBS, KDUSC, Killinochi Town, Nallur Heritage, NIBM, Peace City Hatton, Ratnapura, and SLIIT in conjunction with the ‘Break the Chain’ organization to bring light to ragging in higher educational institutions.

Speaking to the Daily Mirror Life, Promodya Dayawansa, Secretary, Rotaract Club of Centennial United shared “Ragging is a social menace that continues to plague the higher educational institutes of Sri Lanka. But many people consider this issue as forbidden to talk about and taboo to respond and also most of them generalize ragging as a part of university culture and not consider it as an unacceptable form of violence. Rotaract is an organization consisting mostly of young undergraduates, therefore we thought this is the right time to bring about a ‘systemic shift’ through social awareness campaigns and break the continuity. Due to the pandemic, all university students are stuck at home, so the task of eliminating ragging is being made easier. Since no students physically engage with one another, there is no exposure to seniority and university subcultures. This marks a significant lack of knowledge in the new undergraduates about ragging and how to enforce it, thus making it easier to break the chain of ragging”.

“During the project planning phase we reached out to undergraduates in local and private educational institutes in all provinces” Dayawansa explained of their decision to include as many external institutions as they could in their project. “We managed to approach more than 12 higher educational institutes covering a broad range of areas from the North to the South, absent of any discrimination. Furthermore, the sessions that were conducted had a reach of over 350 participants. This not only helped us to identify different experiences of their university life but also enabled us to effectively transfer knowledge on ragging. Since most participants were quick to pass on the key points of the session to those around them in similar situations, we believe that the 350+ participants were made aware of their rights, while being given the confidence necessary to resist ragging under any circumstances”.

Elaborating on Break The Chain, Dayawansa added that it “is a tri-lingual campaign for creating awareness on ragging in higher educational institutions. The campaign focuses on disseminating knowledge on everything about ragging, its harms, legal sanctions, and promoting better university integration mechanisms in lieu of ragging. Within three months of its initiation, Break The Chain has created awareness among 1100 individuals from all across the island, through 19 webinars. The target audience is school students who are to enter higher education in the forthcoming years and new university entrants. The need to create awareness on ragging has become necessary now more than ever, with over 20 deaths being recorded during the past few decades. Due to the prevailing pandemic and halt in the education system, Break The Chain has been able to take a timely approach to the problem as new university entrants have not encountered ragging due to inability to attend university; thus, the task of breaking the chain of ragging is made plausible.

The campaign was co-founded by Gangulali de Silva Dayarathna – a legal apprentice, Sri Lankan Youth Delegate to the 74th United Nations General Assembly and a final year undergraduate at the Faculty of Law, University of Colombo – and Minul Muhandiramge – a law graduate from the University of London, legal intern at Varners and a third-year undergraduate at the Faculty of Arts, University of Colombo. Team Break The Chain consists of thirty plus enthusiasts from around the island”.

“The webinars mainly addressed and educated the audience on what ragging is, forms of ragging, the physical consequences, mental consequences, administrative framework and legal framework, penalties of such acts, whom to reach out for help, personal responsibility and alternatives for a replacement for ragging. The awareness maximizes the spread of awareness, understands about the dehumanizing nature of ragging and the tools one has for protecting themselves and those around them from being victims from this social issue”.

The Rotaracters are insistent on keeping ragging in focus by planning a host of ongoing campaigns and projects.
1st phase : A creativity competition, where undergraduates could express their emotions in the form of art.
2nd phase: A platform for undergraduates to share their untold stories on ragging as videos. Having undergraduates sharing their ragging experience would help build awareness and support the victims to overcome. It would help the students awaiting to start university to prepare themselves for such situations.
3rd phase: An awareness session on the impact of ragging on mental health and ways to overcome such situations by following a spiritual path. A professional in this field would be invited as the guest speaker.

In her concluding remarks, Dayawansa added, “We are planning to implement a physical awareness program for A/L students as they are the main audience we should address and also organize a programme providing psychological support to students who are currently being victimized by ragging once the pandemic is over”. 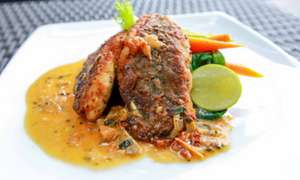 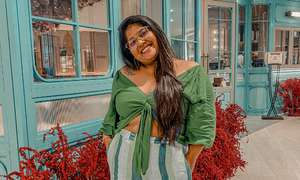 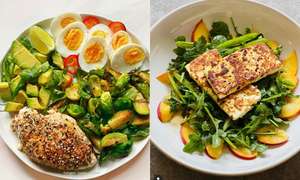 Dish It Out: Madushani Wijesinghe