Buzz with Danu is always proud to speak about LANKAN Talent shining internationally, today I have Chamat who is now in London  as the Head Market Data Business Analysis at LCH - who has been working on his acting career and his pictures have been making its rounds on social media and I wanted to know his story - so proud to know that he is still the same old guy with his simple take to life here is his story and more on Buzz

Full Name –  Chamat Isuranga Arambewela
Hometown- Bit of a nomad these days, but currently, London UK
Birthday-  16th of March 1983
Passions- Acting (theatre foremost), self development and trying to understand if inner-peace can ever happen.
Favorite Colors – Blue and Black 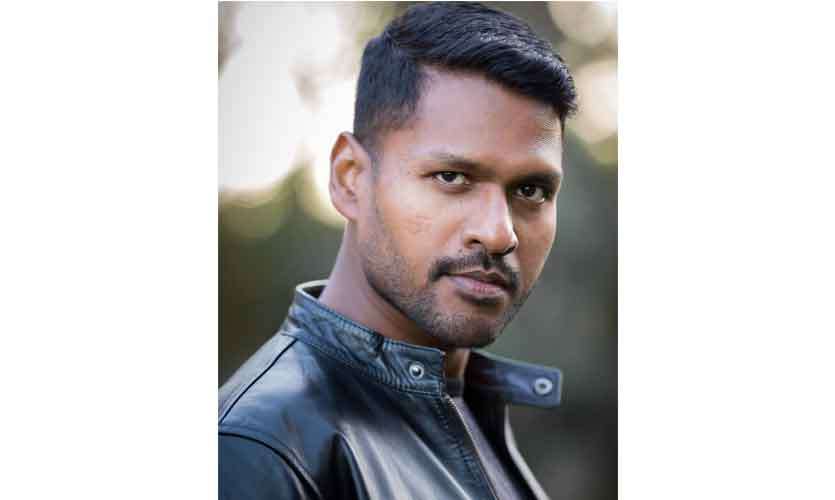 When did you move into full time acting?

I haven't yet, but that's the dream :) I have been signed by IAG (who represent the likes of John Boyega and Letita Wright) since September 2018 and excited to see where things go!

Who has been your biggest support in your life in making this a reality?

My parents for pushing me to act when I didn't even know what it was, my sister for listening to my moans, Aunty Nirmalie (Hettiarachchi) and Aunty Fuzzy (Farzana Khan who's going to hate me for calling her aunty) for setting the foundations, and Naana (Feroz Kamardeen) as a friend and as a theatre maker in Sri Lanka for influencing me so much!

You are starring in Pennyworth, tell me about your experience?

Ha ha! Far cry from starring, I have a few lines in one episode. My biggest fear to-date is that I get edited out!! But to have a role in a major US series, however small, is great exposure and a stepping stone for bigger things to come! This was my first experience on screen, and was totally blown by the scale and the professionalism of it all. There are literally hundreds of people who revolve around making sure you, the actor, is primed and ready for each take, and it's easy to see how actors become divas! My scene was with Paloma Faith (the 'villainess') and Jack Bannon (the protagonist, Alfred Pennyworth), so I definitely had to be on my toes! From Director to the stars to the crew and the entire eco-system, everyone was helpful, polite, professional and incredibly efficient. Great first experience! 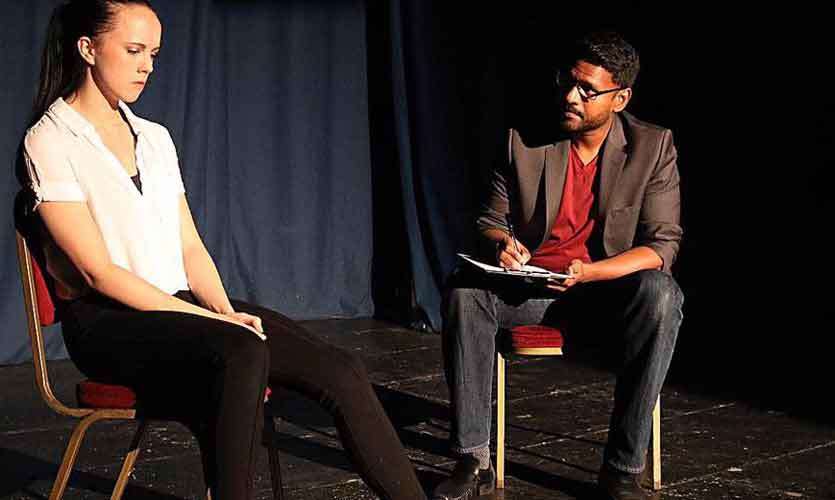 Has your theatre background in Sri Lanka helped you?

Oh most definitely. Theatre is the closest to my heart, and even though English Theatre in Sri Lanka is considered amateur, the productions we do and the theatres we have are comparatively very professional in my opinion, and a great setup to grown in. I would have no passion for acting if not for my theatre experiences in Sri Lanka.

What has been your favorite travel destination and why?

How do you try to improve on your acting skills?

Are you working on any current projects?

Currently rehearsing for Macbeth with the Woodhouse Players, playing the role of the infamous Scotsman himself!

What kind of roles have you performed throughout your career?

Are you satisfied with them? Massive variety of roles, from sinister sadistic torturers to tortured freedom fighter grappling with existential crises, from regular all-round nice fella to total wankers. Current role of Macbeth is the most challenging one I've done to date, and I'm working on bringing out a more human side to a character that's largely considered a warmongering monster.

How do you handle stress and pressure?

My poor fingers suffer the most, anyone can gauge how stressed I am by checking my fingers out. Short answer, not well.

What’s the most interesting thing about you that one wouldn’t learn from your resume alone?

I'm really quite chilled out, contrary to what my resume or my old friends say! 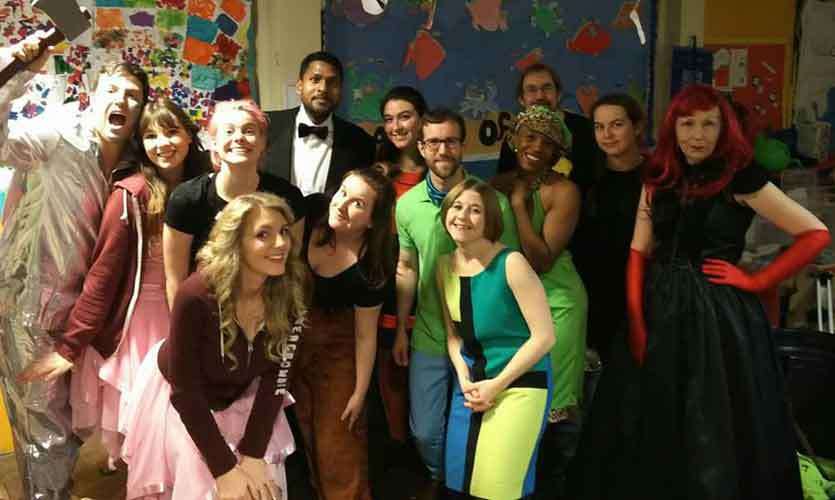 What’s the best / worse part of doing what you do?

Nothing beats the high you get when performing. It's a drug, and you feel incredibly elated. Waiting for the next gig to happen is less fun.

What do you prefer theater acting or movie acting?

Theatre Acting! You can't beat the continuity and the sense of being one with the audience. That said, the current goal is to work on honing my screen acting skills!

Who is your favorite actor?

My all-time favourite is Denzel Washington, but Mahershala Ali is taking over the mantle very fast!

What kind of roles do you prefer?

I'm a sucker for vulnerable roles, but I seem to be landing sinister ones, and my friends all think I'm much better at comedy. It's a tough crowd.

if you woke up one in another country all alone with only the clothes you were sleeping in and were unable to speak the country’s language, what’s the first thing you will do?

After massive bouts of self flagellation, I'd probably take up a life of crime.

if you could shape your own future just as you wanted it to be what would you add to it?

Rather than adding, I'd like to take away the burden of expectation (financial and social) that we all somehow seem to inherit. 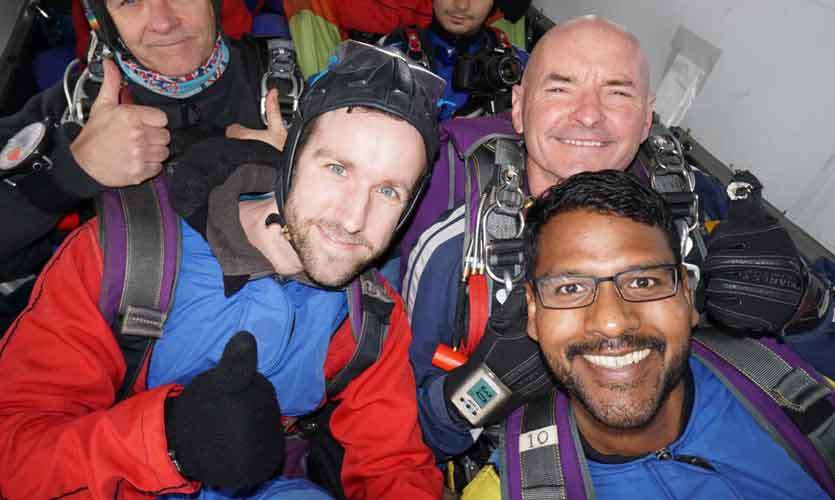 if there was no electricity for a year anywhere in the world would you be?

Kalpitiya. The one time I was there with mates, there was no electricity, and we slept in an open hut next to the lagoon. We went out to the sea where the water was so clear you could see right down. Intensely memorable.

if you could change one awful event in world history what would it be and why?

I don't mean to be flippant, but everything happens for a reason, and events consistently, cyclically happen until our conscious breaks to loop.

If you were home on a rainy Sunday afternoon, what movie would you be watching?

Urgh. If it's rainy, AND a Sunday, AND I've got nothing else to do, I'd probably be very happy to just watch Jerry Maguire. There, I said it.

Jerom is the godfather of English Theatre in Sri Lanka, and I think we all owe him a massive debt for everything he has done. Personal favourite is of course, Naana, I have the privilege of not only working with him, but also being a close friend.

What do you feel about tourism in Sri Lanka?

It's an incredible benefit to the economy of the country, and heartening to hear when people have nothing but good things to say about travelling to Sri Lanka.

Is it quality or quantity for you? Explain?

Nothing is good in excess, so quality it is!

What do you think would be the hardest thing for you to give up on?

Would you give a homeless person CPR if they were dying?

Once I know how to do it properly, most definitely!

What makes you bored?

Which is your favourite four-legged creature and why?

Dogs, without a question. Cats are mean, and cannot be trusted.

Something or someone you miss the most from childhood?

Are you usually late, early or right on time?