An hour's ferry ride from the Kurikadduwan Jetty on the Pungudithivu Island will bring you to a forgotten island similar to Nagadeepa. Neduntheevu, popularly known as Delft Island is a magnificent block of land dating back to the times of the Chola Dynasty, Portuguese, Dutch and the British colonial period. It is home to a small population of Tamil people, mostly living in quiet compounds close to the Northern coast. The vegetation is of a semi-arid tropical type, with palmyrah palms, dry shrubs and grasses that grow on the pale Grey porous coralline soil.

Ferry rides are available at 8:10AM and 9:30AM and visitors are requested to be present at the jetty on time.

*The ferry gets filled with locals as well as visitors and if you are a claustrophobe, then you have to get there early in order to catch a better seat.

Once you arrive at Delft Island, tuk and mini-truck drivers greet you in Tamil and bargain their prices. A ride around the entire island costs Rs. 2000 and it costs Rs. 1700 to visit only the sites. Since it was our first arrival on this rather abandoned land, we decided to travel the entire area. The bumpy and bone-rattling tuk ride that followed was quite tedious but interesting at the same time. While travelling through the deserted pathways, one would notice walls built out of corals. From wild horses to breathtaking landscapes, sandy, white beaches and many other historical and religious landmarks, Delft certainly kept us amused throughout the journey.

Here's what we explored at Delft: 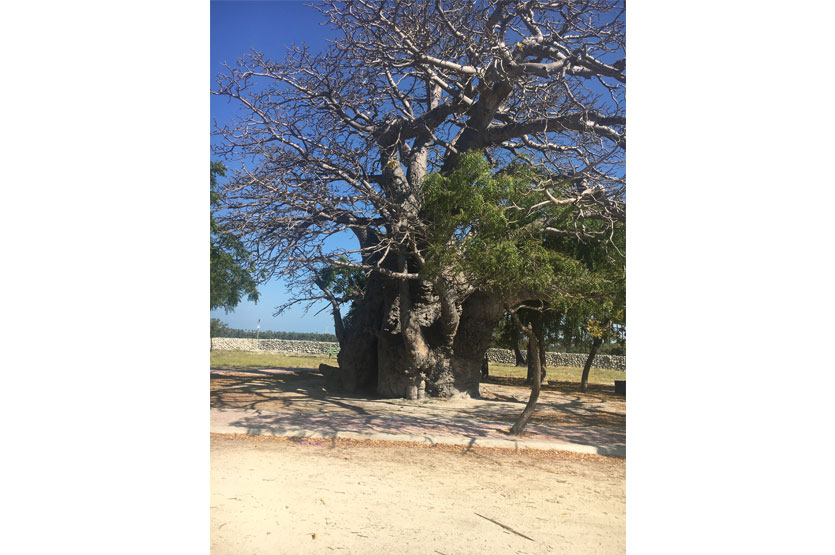 Amalesh, our tuk driver was quite experienced in touring around the island and in broken Sinhalese, he told us various details about the landmarks we came across. The first stop among the series of landmarks is a massive Baobab tree with a hollow in it, big enough to accommodate three people. This tree along with several others was thought to have been planted by Arabian traders during the rule of the Portuguese in the 16th Century. 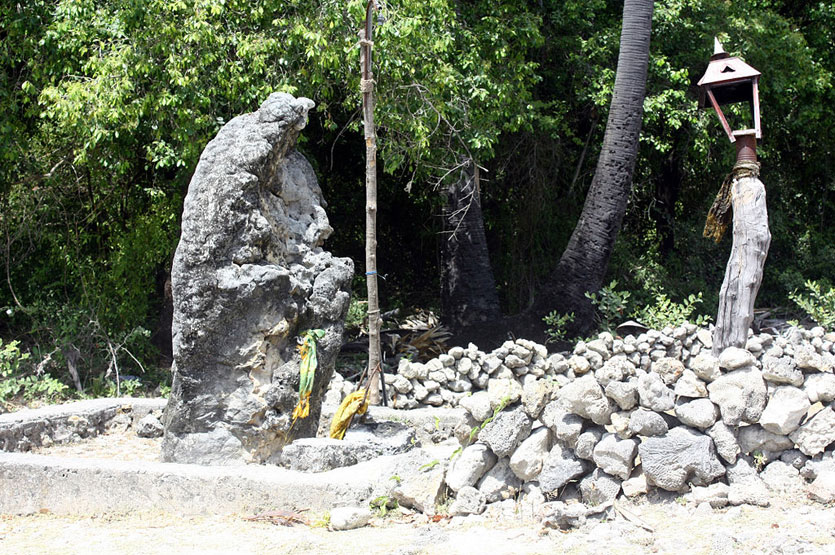 Located in the middle of the island is a coral approximately four feet tall. According to Amalesh, the stone has grown in to the shape of a snake's head. A kovil is also seen in the vicinity and the stone is now revered by local devotees. 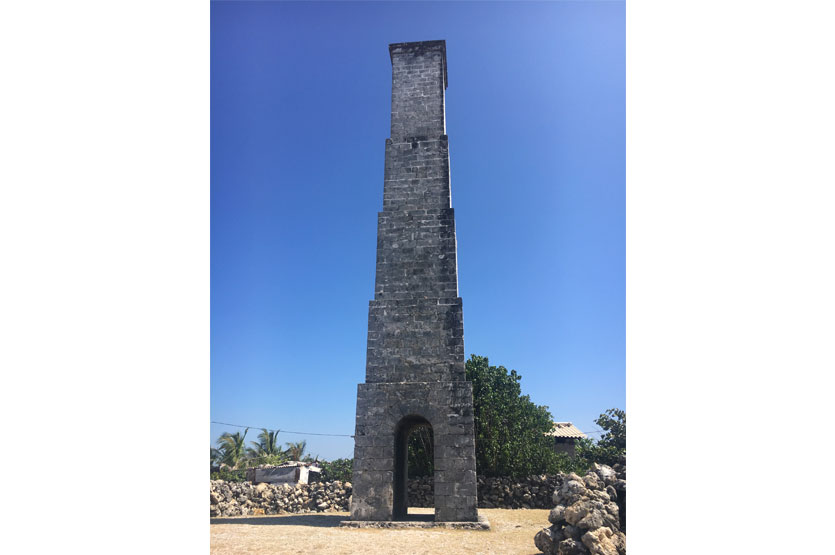 Situated at the highest point of the island is the Queen's Tower, which surprisingly has two legends revolving around it. One suggests that it was used as a lighthouse during the times of the Portuguese (but it is half the height of an actual lighthouse); on the other hand, according to archaeological evidence, the Queen's Tower was established to demarcate one end of the island. The Queen's Tower doesn't resemble a typical lighthouse that one could climb and it doesn't have a light at the topmost end. It is a towering structure built by corals with a minute opening, big enough to fit in one eye, right in the middle. 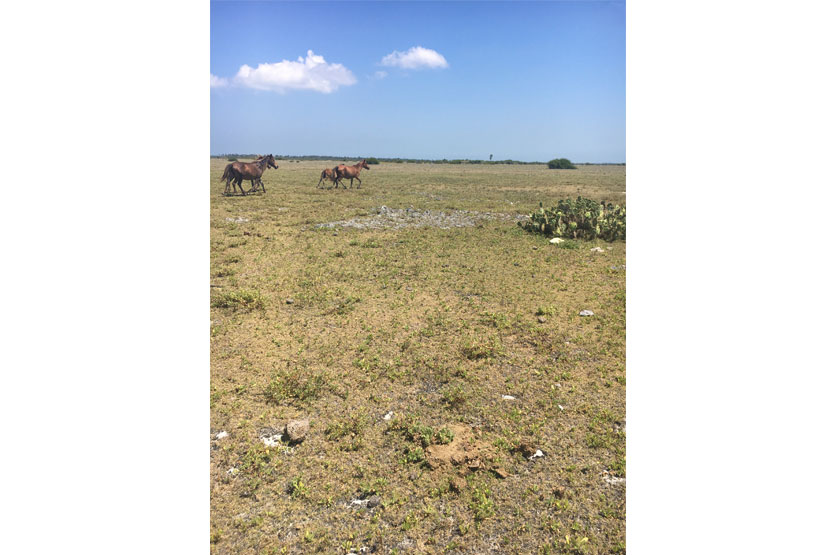 While touring around the island you would come across herds of wild cows before seeing scattered numbers of wild horses. These horses are a legacy left behind by the Portuguese rulers since they are not endemic to our country. After the Portuguese period ended, the Dutch took them over before the British used them for trading purposes. These wild horses who have been descendants from the colonial times face a huge challenge without water and food. We learned that the Navy provides water through a special water system along with food. According to Amalesh sometimes during the dry season, wild horses could be seen wading at sea and some are found dead due to lack of water. As at present, nearly 500 of these wild horses still roam the plains. 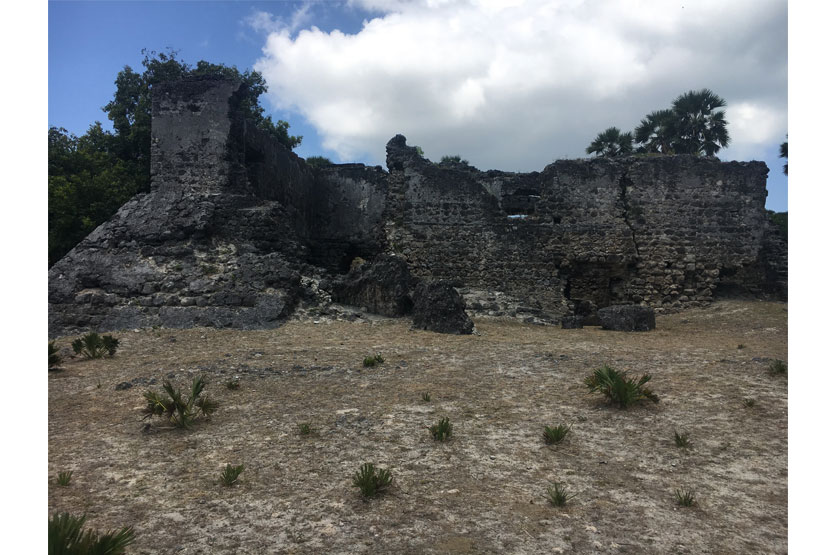 The tuk ride didn't get any better but we yearned to see what more was in store for us. While moving through the rough terrains, we saw scattered patches of civilisation but the people didn't appear to look friendly. After sometime we arrived at the Portuguese Fort which once again was built by corals and limestone. This is relatively smaller than the Galle Fort or the Jaffna Fort and is situated in close proximity to the sea. The carefully preserved pillars and walls prove that it was a two-storeyed building. The ground floor didn't seem to have windows and it is said that this floor was used to store gun powder and ammunition. However the upper floor had openings big enough to be windows bringing in ventilation for the entire fort complex. 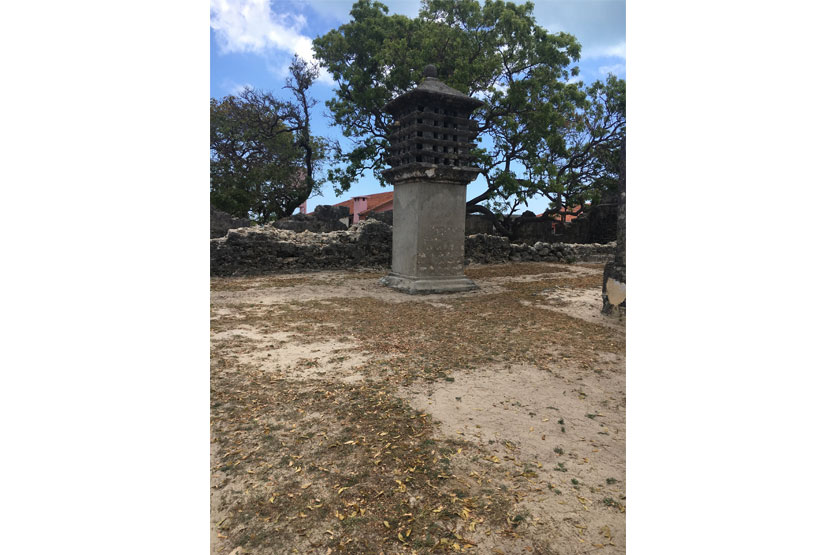 Another interesting site is the ruins of an ancient castle built by the Portuguese. An inscription with a crown and initials ‘E.R' dating back to 1905 is clear evidence to its long history. One significant attraction at this site is the dovecote about eight feet in height which was used by colonial powers to house carrier pigeons – the only means of communication back then. The Dovecote is entirely made of corals and there are ruins of a court room situated adjacent to it. 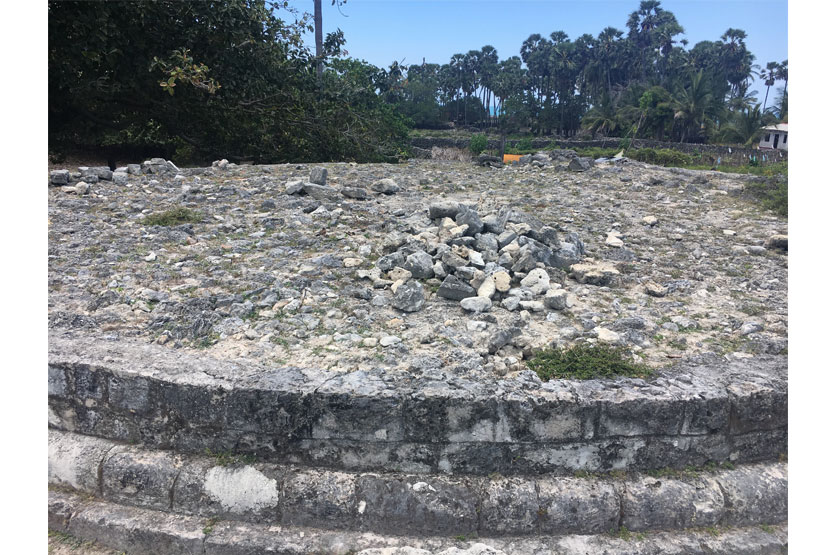 The island is home to three ancient stupas out of which the largest stupa has a diameter of approximately 14 metres. Signs of a temple could hardly be seen but legend has it that centuries' old inscriptions were discovered by calligraphists on the stones that paved this stupa.

The entire island is embraced by sandy, white beaches decorated with corals of various shapes and sizes. If you are someone who loves the sea, then Delft is one place that would make you love the sea a little bit more.