Everesting, a rapidly growing phenomenon in the cycling world, will be held in Nuwara Eliya
from the 6-7 April at theRaddella Hill Climb. The concept of Everesting is wickedly simple:
participants must pick any hill, anywhere in the world and ride repeats of it in a single
activity until they climb 8,848m – the equivalent height of Mt. Everest. Upon completion of
this Herculean challenge, you will find your name in the Hall of Fame, alongside the best
climbers in the world.

The illustrious event is considered the apex of performance for cycling enthusiasts, putting
even the most spirited cyclists to the test. The successful completion of the ride will enable
participants to earn the coveted Hells 500 grey striped jersey which has been obtained by a
mere 3174 cyclists worldwide, who are inducted into the cyclist Hall of Fame. The event is also notable as it will be the first ever South Asian destination to host this event.

Everesting in Sri Lanka is organised and promoted by Go Ceilão Pvt Limited, a reputed travel company which specialises in inbound and outbound travel, offering clients a wide variety of options from leisure, business, sports and other forms of travel. 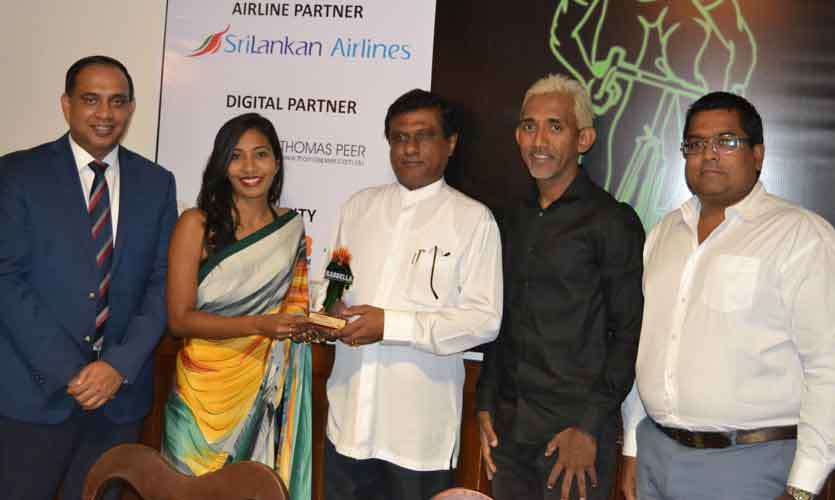 Nuwara Eliya - thanks to it's cool climes - will undoubtedly be the perfect location for a gruelling activity such as Everesting, and the event is tipped to feature a festival of fashion and music with unlimited food and beverages.

“It is an honour for Nuwara Eliya to be selected as the destination to host such a world famous event, giving another reason for tourists and locals to visit our city during the season,”

The country has gained popularity for its tropical hotspots with events of colossal
proportion as Everesting, which come under the category of sports tourism being open to
the islanders and others from around the world through travel companies such as Go Ceilào
– the main organiser and promoter of the event.

“It has been a pleasure to associate Sri Lanka with a world class event such as Everesting,”

stated Go Ceilào General Manager Amila Gunawardana, adding that the Founder of the event, Andy Van Bergen, would be sponsored by the company.

“Having taken precedence in the European and Australian continents in the past and held in 82 countries, this year’s event will serve as a platform for knowledge sharing and the improvement of the cycling culture in Sri Lanka.”

“We are proud to be associated with a world class event which attracts a niche category and a highly exclusive brand of tourists enthusiastic about sports,”

“Hailing from a nation which promotes sports tourism with a passion I am appreciative of the fact that the region has been brought into the limelight due to this mega event.”

The Grand Hotel Nuwara Eliya, as one of the partners, will accommodate many of the foreign
cyclists along with the founder of the event with its General Manager Refhan Razeen
stating:

“As the most prestigious hotel in the region with a history spanning over a century,
we take pride in hosting the decision makers and participants of such an iconic event at our
hotel.”

“We are determined to ensure that our local community as well receive the best
opportunities available to cyclists the world over. We are thrilled to create the standards
which are benchmarked around the world and showcase the vast potential available in Sri
Lanka for the sports lovers,”

“We are proud to be the principal sponsors of this pioneering effort which showcases the
scope of each cyclist and grants vast opportunities for endurance testing in this era of
endless possibilities,”

Applications for Everesting in Sri Lanka are ongoing. To apply, visit http://www.goceilao.com,
email amila@goceilao.com or call+94773721001 .