I had the best weekend after a long time - I had nothing to do, but just to sleep and cuddle all day. I visited an amazing place and I was so sad that I had not done enough time at this breathtaking place before Kahanda Kanda Set amidst the palm fringed jungle and tea plantations of southern Sri Lanka, Kahanda Kanda is a hidden gem 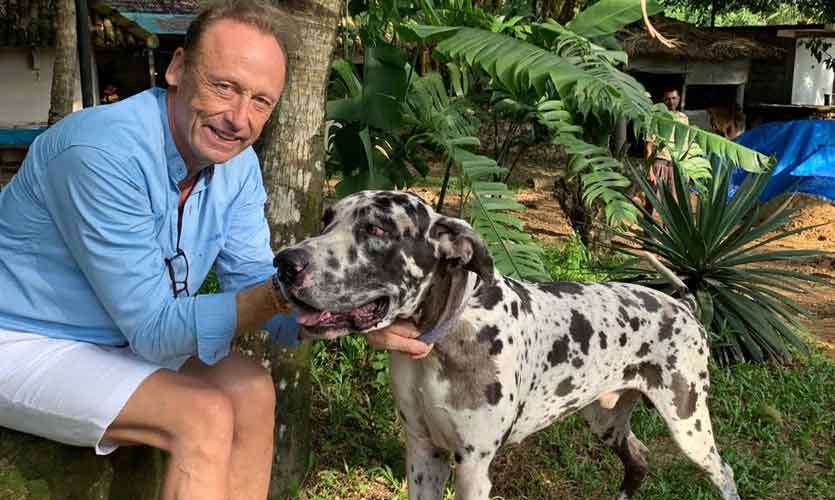 What made you get into hotels?

My background was interior design, and when I decided to move here in August 2005, I knew I had to make a business out of what had been a holiday home. Possibly not the smartest decision given that the Civil war was still raging and tourists were not coming to Sri Lanka. But it gave me time to learn the craft.  I had not been involved in hotels before, but hospitality is aligned to what I was doing in the UK - it is all about lifestyle, and I also based my philosophy on what I would expect were I a guest in a hotel.

What made you invest in SL and 13 years ago did you see a good future?

I came to Sri Lanka in 1999 to see where my great grandfather and grandfather had lived - they had been rubber planters here. I aired my time here and ended up buying 10 acres initially, to build a holiday home, never intending to turn it into a business!  I was very fortunate as land prices were very depressed due to the war, and also this was inland, with a dirt road for access. So it was a huge leap of faith - but for some reason I never had any doubts.

How has life been after the 21st of April? And how has the government support been?

There is no simple way of saying it, but business has been very badly affected due to the bombings at Easter. We have had a huge number of bookings cancelled, not just for immediately afterwards but up to and including March 2020. We have had to put our staff on half. Pay wand wiring just 2 days per week as we simply have not had the income to justify the outgoings. We have been running at a financial loss ever since. It has ,made us examine the business more closely, which is not a bad thing, but it is hard to keep the staff motivated when they are all suffering from a loss of income. The travel bans that were imposed by most countries immediately after Easter were very punitive and I don’t think anyone realised the extent of the effect of the bans, and not just the tourist industry. We have been able to arrange a “soft” loan for working capital, but in order to obtain it, the process was very protracted and like pulling teeth. Regrettably the Tourist Board has still not launched its campaign to re-launch Sri Lanka  six months after the tragic events - in fact there has been far more impetus and promotion coming from the private sector than the Government bodies.

Tell me about your properties?

Kahanda Kanda (KK) is a 12 acre low country tea estate, overlooking the north east corner of Koggala Lake. Surrounded by jungle, there is a myriad of wildlife for guests to watch and enjoy. The rooms re all separate villas dotted around the property, all with outdoor seating space, and 6 of them have their own private pools. Each villa is decorated and furnished in a unique fashion and our most popular villa is what we call our Honeymoon Villa which is an old Joglo house that comes from Java, and which I purchased in Bali!

We work very hard on privacy and another is undoubtedly a strong Zen-like calmness to the hotel. We don’t take children under 12 years of age, and unless guests meet up at meal times, most of the time guests are unaware of the presence of others. We work hard on the quality of the food we offer and have a vegetable garden where we grow some fruit and vegetables for the guests. We believe we offer a very personalised service to our guests and as a result , we get a lot of repeat clients.

KK Beach was launched three years ago  - it is located at Habaraduwa right on the beach and has ten rooms, all of which overlook the ocean and all have balconies. It has a slightly more contemporary feel to it than KK and the rooms are decorated in a similar fashion.

How do you react to your negative / positive comments?

I try very hard not to take criticism personally - take it to the shoulder, not to the heart - easier said than done. The hotel are my babies and you naturally feel protective of them. Things do go wrong at times, wheels fall off the wagon, but we try and the important lesson is to learn from one’s mistakes. Praise or positive comments make the job so worthwhile and are so rewarding. 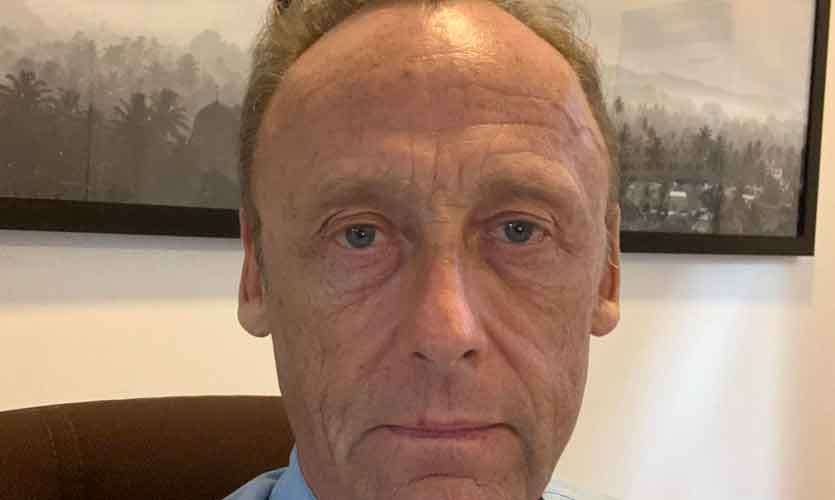 Do you remember your first day in Lanka, how was it and what was your first thought?

I nearly remember coming out of the airport building having flown from London and being assaulted by the heat and smiles of Sri Lanka - I still often drive around in my car with the windows down, to get the smells that are so redolent of Sri Lanka  - buffalo, wood fires and so on.

What would you say is missing in tourism and hospitality in Sri Lanka?

For tourism to really succeed here, we need to improve on infrastructure - getting around from A to B still takes too long. My other concern is that compared to other countries in Asia, Sri Lanka has become expensive - largely due to Government imposed import duties and also a mindset amongst Sri Lankans about how much they should be paid.

My best friend here, Henrietta Cottam who runs another boutique hotel near Galle, called ‘Why House’.

I know that if I were in trouble they would always welcome me with open arms, but also they never questioned my decisions to move here nearly 14 years ago.

How was school life? And what did you want to be when you were growing up?

Despite the benefit of my parents sending me to private schools, I did not enjoy my time - I was sent off aged 7 and a half to boarding school and really resented my parents who I thought were simply abdicating their responsibilities!  I have no clear idea as to what I wanted to do when I grew up and it was a meeting with a friend of my parents when I was 17, that I decided to become an interior designer. My maths were so bad that I knew I could not be an architect!

In rural areas, the poor quality of English taught is a huge impediment to Sri Lankans. But overall the biggest issue I that they are all taught by rote and therefore are incapable of thinking outside the box. This does not prepare them for adulthood at all

Probably one of the best holidays I have ever had was trekking in Northern Pakistan 5 years ago. The scenery was quite breathtaking, the people we met along the way were delightful and welcoming and I have never eaten so many delicious free apricots as I did on the trek!  Before that it was a trek in Nepal 39 years ago - I am going back there in November to trek to Everest Base Camp and I am rather anxious as to how much it will all have changed - sadly, probably not for the better.

Describe your day at work?

I wake up around 6 and lie in bed enjoying a cup of coffee for an hour or so - I then drive to KK, and exercise in the gym, either on my own or with my personal trainer.  Then after breakfast I go through my emails and there are meetings or I go to check up on the villas I manage or the KK Boutique in Galle Fort. Then it is back to KK and more time in the office before going home to change and then one back to KK and I usually go and talk to the guests before dinner, checking that they are enjoying their time with us, and if they need assistance with their plans. I will quite often then have supper in the office and go home, where I normally watch Netflix for a while, in order to unwind. By 10.15 I am in bed and read a book before going to sleep.

I would hope a hero

A suit and tie.

If you could work on any person in the world, who would you like to make over?

If you could appoint anyone in the world as the minister of tourism who would you pick?

Fun
Where do you see yourself in the next 5 to 10 years?

Here in Sri Lanka - hopefully not working quite so hard!

What is your definition of emotional intimacy?

unconditional sharing of one’s life with the person you love

What has been the most embarrassing moment in your life?

Too many to mention

Do you believe in true love?

What are your hobbies?

In England I used to ride horses a lot and also gardening. Since I moved to Sri Lanka, I don’t do either of those, although I would do more gardening here if I had more time

Tell me your 3 weaknesses.

Chocolate, blue and white porcelain, and the opera, La Boheme 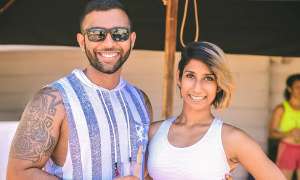 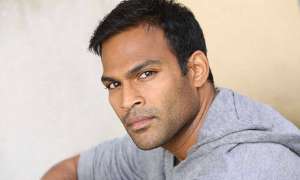 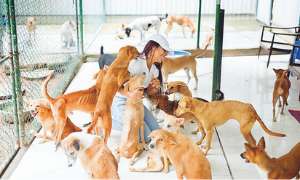