Today on the Buzz I speak to a silent champion, or at least that’s how I see him. A true sportsman with many great things under his name from powerlifting to racing, he has made quite the name for himself. This year seems like a busy year for him with many more trophy’s to carry - today I speak to him on the BUZZ to know what’s new! 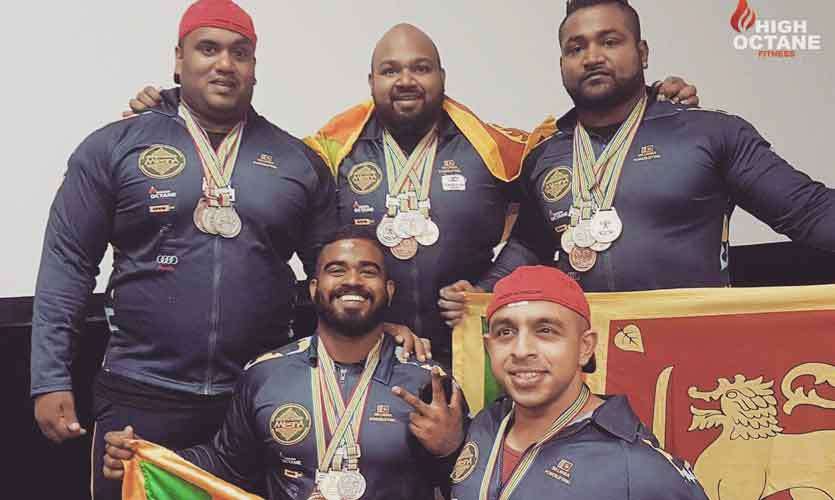 Full Name -  Darin Weerasinghe
Hometown- Colombo
Passions- Motor racing/ powerlifting
When did you get into racing?
When I was 16 years old and just after my ordinary level exams
What is the car you have had the most fun while driving? Race or street car?
There is no car that can match a race car for sheer speed and thrill. My race car is a Nissan GTR, But I have a separate place in my heart for my Subaru sti and Mitsubishi evolution.
Who has been your biggest support in getting into this?
My family. Which comprises of my parents sister and wife. 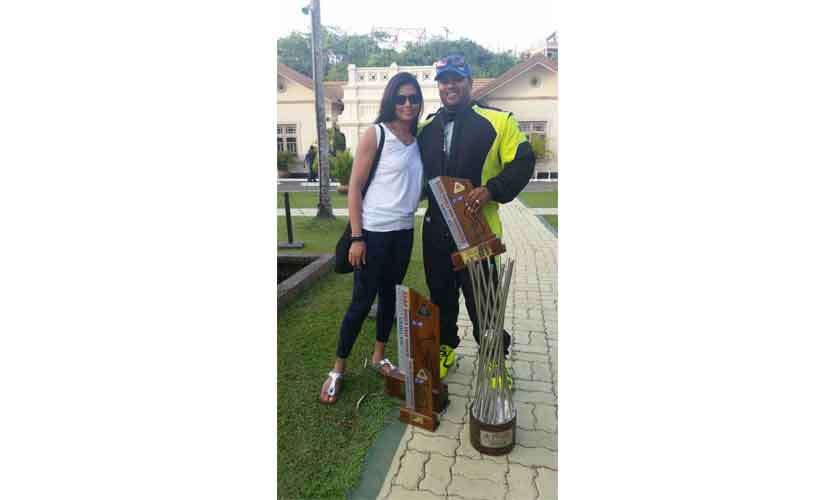 We’re your parents supportive in you getting into this?
My parents were always supportive in whatever I do as long a I proved to them that I’m passionate about it. My dad Bandula Weerasinghe was one of the best drivers in the early 90's so racing is something that was a part of our daily lives. We also run a dealership called B.R.J.W Enterprises so cars have always been a part of my life.
Who is your favorite childhood race car driver?
Maybe someone who inspired you to want to be a driver too.
My dad.i would never miss his races and i would go with him from the time i was 6 years old and be in the car with him while he practices.  Not the safest thing to do but i will never forget those days. They inspired me
How do you drive on public roads? Can you switch off your hunger for speed and take corners like most people do, or is every corner a challenge for you?
I drive slowly on the road and specially when I travel with my wife and twins.  But occasionally in the nights and if I m a lone I would put the pedal to the metal 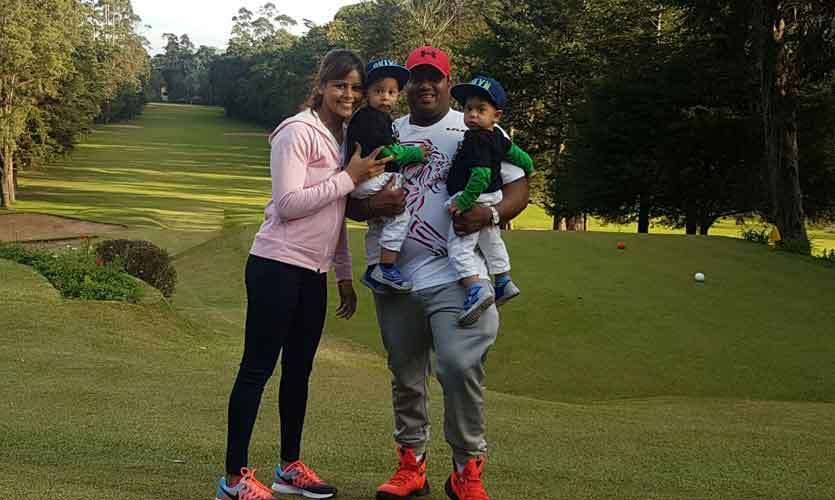 What are some of your most defining moments in life?
Racing in 2014 when I broke the Mahagastota hill climb course record which hadn’t been broken for over 10 years. Racing in sri lanka started at mahagastota and its a track to prove ones skill. My dad was the record holder in the 90s and breaking it in 2014 was very special to me. Especially since I did it in front of everyone who was important to me.
In powerlifting when I won gold medal at commonwealth championships 2017 in South Africa - Surpassing much stronger athletes.
If you had to choose power lifting or racing, what would it be and why?
It’s a choice I would never want to make. Racing is all about skill and teamwork.  It doesn’t matter how great you are as a driver if your car is not prepared by your team your never going to win.
Powerlifting is the total opposite. To increase your lifts by a small margin you have to train , eat and live a lifestyle and make allot of sacrifices. At least 5 times a week of training and off days are spent with active recovery. The pressure in international meets is off the scale. And at the end of the day its just you and the bar
Lifting it will mean you have done years of work as there is no short cuts in this sport.
Which is more important in racing – a strong upper body, lower body, or core? I know it’s best to have all of them, but what do you think is most important?
Definitely strong upper body, Most of your controls and movements are done with your upperbody. Overall fitness is important in racing. My fitness levels always help me as i m always consistent in terms of my pace and reactions however long the race is.
Are there any ways to overcome nausea from being exposed to high g-forces (exercises or workouts or even diets before race day)?
Not really.  I doubt any racing driver has nausea. You cant drive if you do. The best drivers feel at home once they are strapped in there car.
What is your most memorable moment as a driver?
I have many , But in 2018 March when I became the Sri Lanka Drag Racing Champion in my Nissan GTR Tell me about your upcoming events?
I have Eliyakanda hill climb in February. I held the course record here from 2014 to 2017.
Mahagastota hill climb in April where i held the course record from 2014 to 2016.
August Commonwealth powerlifting championships in Canada
October Katukurunda circuit meet
I will also be taking part in the Drag Racing Championships
Does your mind ever wander to strange places when doing a long stint?
Not in a race car definitely no. If your leading your hoping it will finish soon . If your chasing you hope the race is longer.
In powerlifting yes. Sometimes in the warm up area in international meets i tend to get scared. But then i swith on when i get to the stage.
If you could do any race over again, which race would you choose?
2012 Colombo Night Race when I qualified on pole position in the super car event the fastest event in Sri Lanka in front of 27 cars, I lead from start until the last lap where the 2nd place driver and i collided just 300 meters before the finish .
When did you get into this? And why?
I got into powerlifting thanks to my cousin Darshan Weerasinghe a former powerlifter. While i was studying in UK I worked as a bouncer to earn some extra money and i would always go to gym with guys stronger than me and push myself to get to there level. I won the 2007 university championship and had a go in sri lanla in 2010. From that day i got hooked and started taking part competitvely.I have 6 Sri lanka Records in squat and deaslift and have won the bench press championship 7 years in a row. I also represent Sri Lanka in Asian  Championships and Commonwealth Championships.
I hope to win Medal in the World Championships.
My love for the sport is one of the reasons why we created High Octane Fitness. To provide sri lankans the best facilities equipment and trainers to bring out the champions in them.