What: Ice Cream in Jaffna
Where: RIO, Lingan and Rajah Ice Cream

On WTF this week, I checked out the famous places for Ice cream in Jaffna. Growing up in Jaffna during the height of the war the only thing we had as entertainment was having some ice cream. I come from a family where we all have a great love for sweets and my mom was a vanilla ice cream baby. In the years ‘92 and ‘93 my Father made my sister and I go to an English class which was mandatory and we always grumbled. Later we got to know it’s only because he wanted to take mummy on a date to have ice cream and it was their “alone time”. As we did not have electricity during the war, if we bought ice cream, it had to be served in a flask to keep it without melting. The Sunday before dada passed away I still remember having some vanilla ice cream from our short blue flask. 27 years later I went to try out all the places where they served the best Northern ice cream. 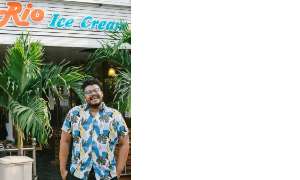 For the past four decades, Rio has maintained standards and won our hearts. It may be in Colombo or Negombo, when you bite into RIO it takes you back to Jaffna and its a beauty. People flock to Rio constantly and there is never a time when they are not full. 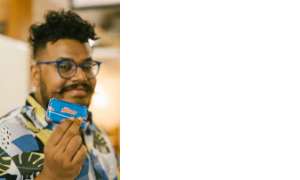 I will say, one should not leave Jaffna without having a taste of Rio, because it’s a ritual that everyone should fulfil. I had their chock Ice - it’s been a childhood favourite of mine. 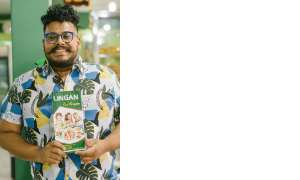 This green house look-alike is Lingan Cream House. Rumour has it that they are the enemy of Rio. According to my fellow Jaffna mates, Lingan is much older than Rio, and it has fought the harsh decades of Sri Lankan civil war and is still standing tall and green, right next to Rio Ice Cream.
They also have another branch down Stanly Road, Jaffna. 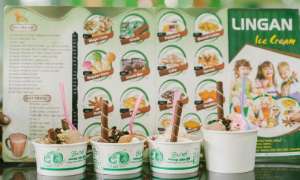 I went to the main one. Ice cream is the same. Bright colours and unexpected flavours. I love their veggie rolls which are served hot-hot, ice cream is also a tad bit cheaper. They are unfortunately the underdog in the Jaffna ice cream mafia. 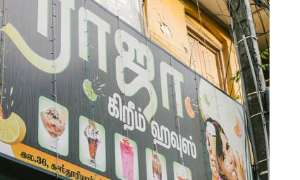 As my last stop, I visited Rajah Cream house down Ramanathan Road, Jaffna. They also had a power cut when I visited them, so I settled for a simple chocolate ice cream. You are NOT missing much but if you want the challenge it’s a good stop. 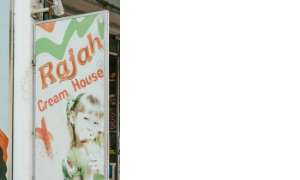 In Jaffna, ice cream is sweeter than what we may find in Colombo or internationally, but there is a story in the coloured scoops you get. So if you make a trip to Jaffna, you know where to stop.